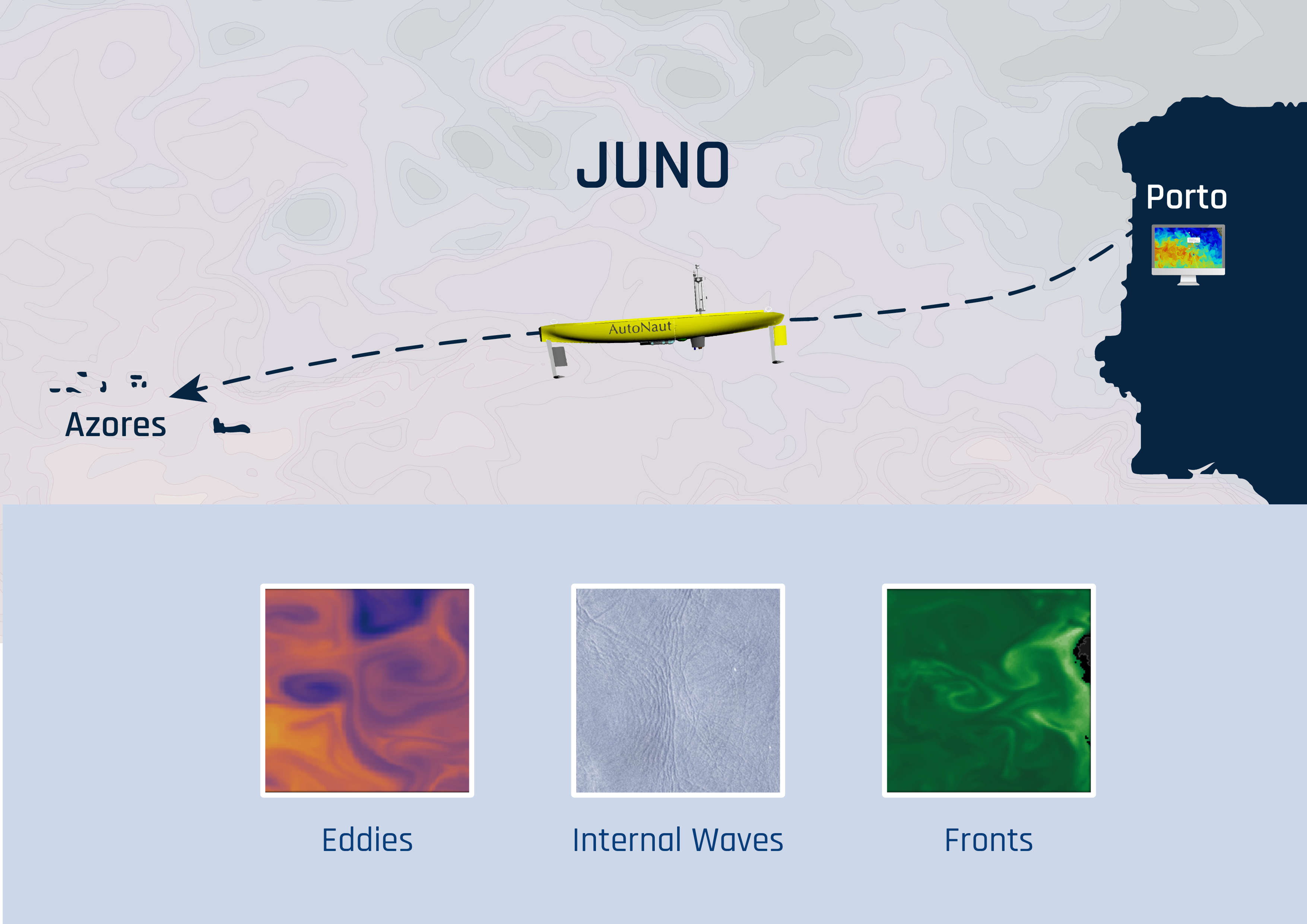 The Luso-American Development Foundation (FLAD) announced Renato Mendes as the winner of the 2nd edition of FLAD’s Science Award Atlantic.

Over the next 3 years, Renato Mendes, a researcher at CoLAB +Atlantic will be leading the development of the project named Juno that will increase the knowledge of the Atlantic Ocean in its different dimensions, culminating in the first crossing of an autonomous surface vehicle (ASV), entirely sustainable, between Mainland Portugal and the Archipelago of the Azores.

The project will be a collaboration between CoLAB +Atlantic and the Laboratório de Sistemas e Tecnologias Subaquáticas of the Faculty of Engineering at Porto University and Prof. Pierre Lermusiaux, at MIT.

About the impact of this project

Over the past few years, we have witnessed a revolution in ocean observation processes. The global society's desire to know more about the planet's largest lung has led to greater pressure on policy makers so that new, more sustainable measures are designed and implemented.

The conciliation of innovative technologies, namely robotic vehicles, as a complement to the traditional methods of observation and oceanographic exploration tends to have a lower logistical cost. If we look at the use of the various systems, new and traditional, as a network we will be able to persistently obtain more and better data from the ocean.

This exploratory proposal intends to carry out the evaluation and operational testing of an innovative autonomous surface vehicle, the Autonaut, on a long journey across the Atlantic. This surface vehicle, which will be another node in data collection, will allow to carry out ocean data collection missions in a sustainable way, as it moves using energy generated by waves. This capability makes it possible to study areas that are very difficult to access, including sensitive environments or Marine Protected areas.

JUNO will be developed by a multidisciplinary team that will focus on evaluating and testing this type of autonomous vehicles in the observation of oceanographic phenomena, particularly those that sometimes last only a few days or weeks. The autonaut can stay for long periods in the ocean, allowing the observation of certain natural phenomena, such as the occasional proliferation of algae or the development of ocean fronts where the salinity and temperature of seawater undergo marked changes in a small space. In this second case, the coastal upwelling can have a very significant positive impact on fishing, since its occurrence, by bringing to the surface deeper waters richer in nutrients, tends to create optimal conditions for the growth of the entire food chain and vice versa.

Other sporadic and transient oceanographic phenomena such as vortices are also hotspots for agglomeration of floating materials and debris. Autonaut will also be able to monitor these agglomerations, as their mobility does not depend on engines or fuels. Since its operation is extremely silent, the vehicle can also be used to monitor noise in the ocean, using passive acoustic sensors, in environmentally sensitive or little explored areas of the Atlantic.

As an experimental project, JUNO will pay special attention to the remote operation software of this or other systems used alone or collaboratively in oceanographic campaigns. This way, it will be possible to simplify long-term operations, especially with regard to the risk management of navigation in areas with greater maritime traffic, and, at the same time, it will allow scientists and citizens to access the collected data. In short, JUNO's software will allow the creation of a collaborative, inclusive and multidisciplinary environment favorable to the involvement of scientists from different areas, as well as organizations and citizens who wish to be part of the R&D process