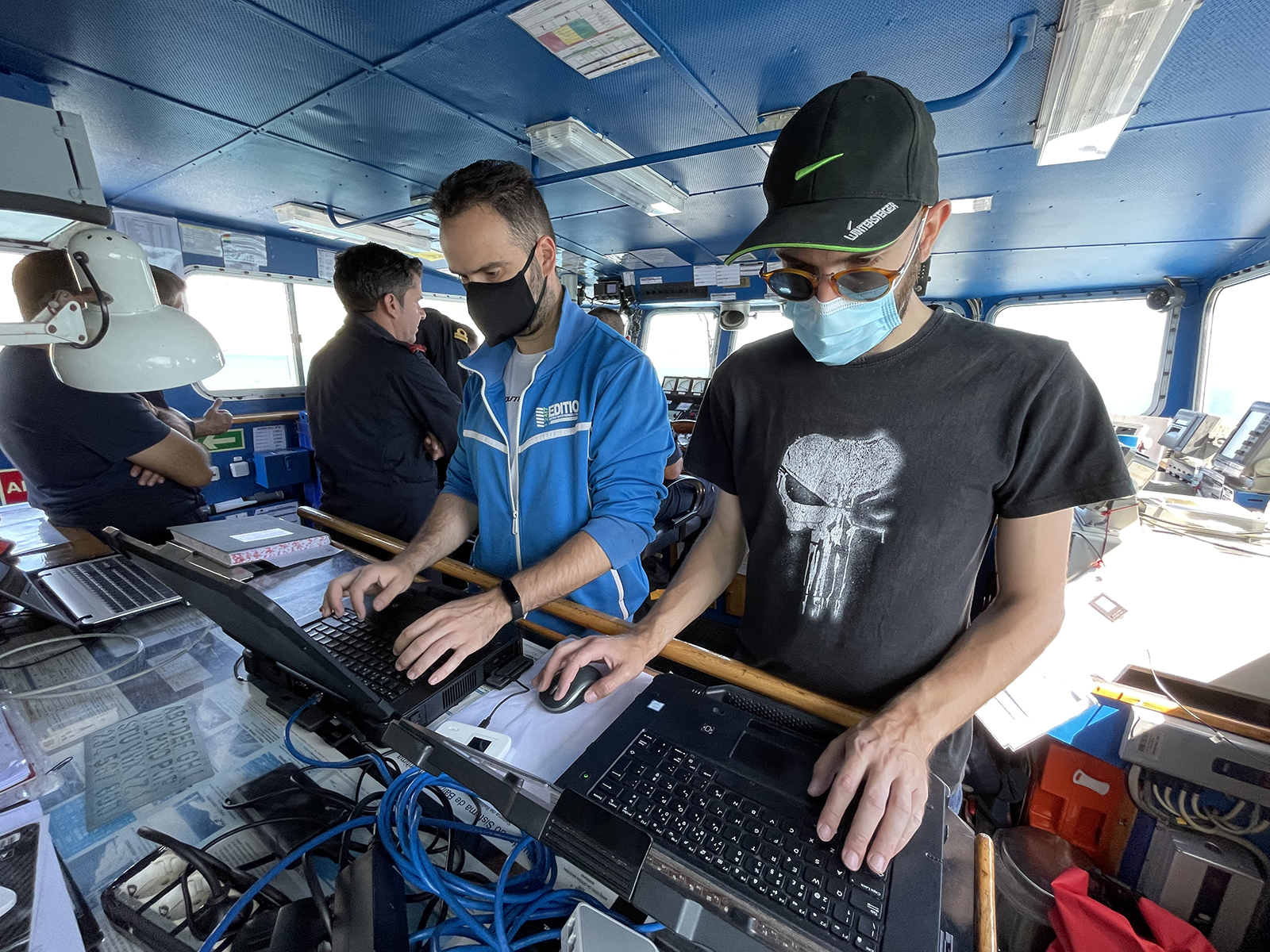 The SaVel exercise, which began in 2017 (at REP17), aims to collect hydrographic data from the Sado estuary outflow. An oceanographic class AUV was deployed, north of the Sado navigation channel, and transected a 2Km path at the mouth of the river collecting temperature and salinity data for a period of 8 hours.

For this exercise operations were separated between the NRP Hidra ship and CMOC (LSTS Ocean Space Center). NRP Hidra was used to deploy and collect as well as provide protection to the AUV, while the vehicle was actually operated from CMOC via Iridium. The ship protects the autonomous vehicle by providing line of sight of other ships in the area as well as keeping within Wi-Fi communication range.

During the exercise the vehicle moved in a yo-yo pattern in order to capture data from a water column down to 25m depth, correcting its course using pop-ups every 200m. While correcting the vehicle attempts to transmit the collected data using Iridium satellite, making it readily available for operators and researchers. This ocean data will be used to deepen the knowledge of thermohaline vertical structure and its variation due to the tidal cycle and the unusual and intricate bathymetry.